Blue Security community and media liaison officer Andreas Mathios said the motorist was driving with his wife along a dirt road in the neighbourhood when a gang of armed suspects ambushed him. The incident occurred between 7am and 7.20am. “Three suspects who were driving a white Toyota Tazz had been hiding in some bushes and two suspects jumped out and ambushed him,” he said.

“One of the suspects leapt toward the vehicle and pulled open the driver’s door before firing two shots at his head,” Mathios said. “The suspects demanded cash and a firearm from the victim’s wife and fled the scene in the Tazz with a sum of cash and her cellphone. Provincial paramedics who responded to the scene declared the victim dead.”

SAPS attended the scene of the crime.

Mathios warned residents to be extremely vigilant when pulling out of driveways and arriving home following reports of several hijackings across Durban in recent weeks. “Before leaving home and opening the driveway gates, it is important to do a quick check of your road outside to make sure there is no one loitering outside and that there are no suspicious vehicles parked nearby. It’s also important to keep any shrubs and trees around your fence line and on the verge well trimmed to minimise any potential hiding places for criminals.”

Mathios advised residents to always stop their vehicles parallel to the verge while waiting for the driveway gate to open when arriving home. “This will prevent suspects from being able to block your vehicle in the driveway to prevent you from driving away. Always wait for the gate to open completely before turning into the driveway. If you notice anyone suspicious nearby in the road, rather listen to your gut feeling, drive to your local police station and contact your security company to investigate,” he said. 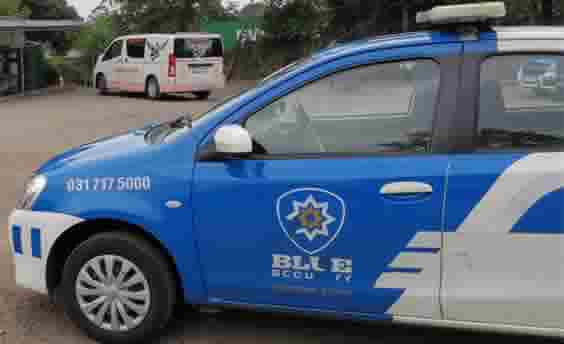 A Pinetown businessman was allegedly brutally stabbed to death during what is believed to be an armed robbery at a business premises in Pinetown this morning. Blue Security community and media liaison officer Andreas Mathios .... 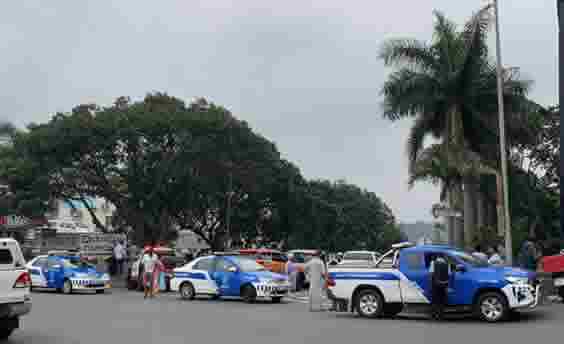 Police shot and killed a robber in a shootout after a gang heavily armed with AK47’s allegedly targeted a pension payout at a Westville shopping centre this morning. Blue Security’s Highway area tactical ambassador Russel ....