A collective approach to eradicating crime is at the heart of Blue Security’s involvement in communities such as Yellowwood Park in Durban, where the company introduced a new vehicle this week.
“Research has shown the implementation of patrol vehicles as a part of a preventative policing strategy, directly impacts the levels of crime in a community,” said Blue Security CEO, Henk van Bemmelen.
“The presence of our vehicles and armed response officers result in even faster reaction times and flushes out opportunistic criminals. This also makes it difficult for organised criminals to operate undetected.”
Working closely with residents and the police, Blue Security have secured a higher rate of arrests in neighbourhoods regularly patrolled. The company has also noted many successes in terms of the arrests of known and wanted suspects who previously managed to target multiple homes in a neighbourhood.
The vehicle launch was held at Yellowwood Park Primary School, which has more than 1000 pupils and five decade old relationship with the community.
Principal of the school, Bongani Khanye said, “We’re passionate about the safety of our children and want to protect them. This initiative will assist us in creating a safer learning safe as well as safer community.” 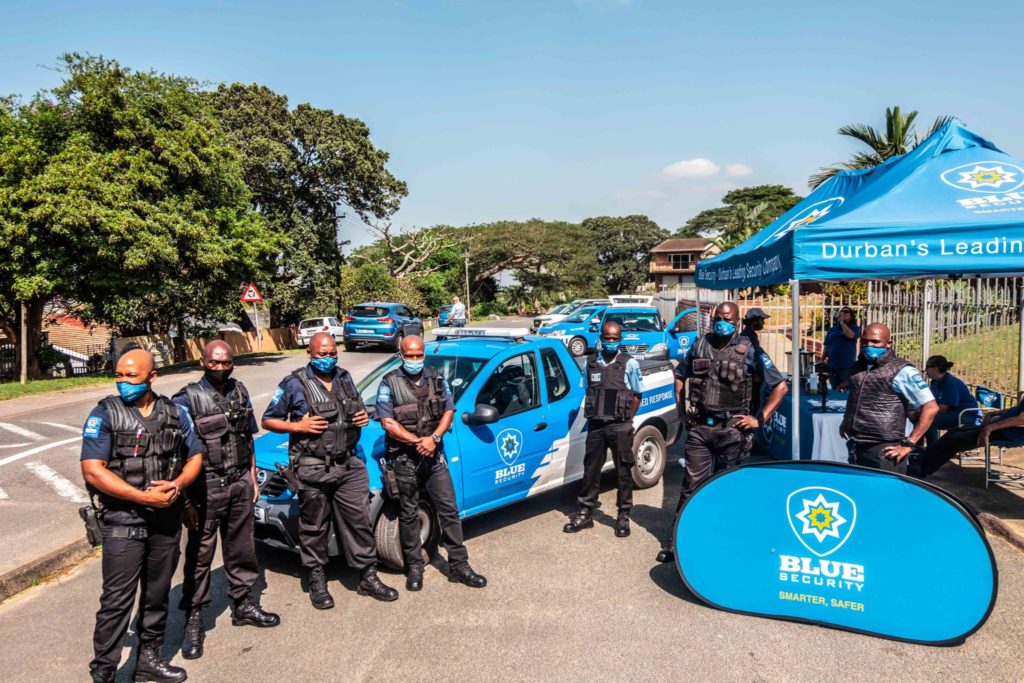 Van Bemmelen said, “We know promoting closer community ties between security, SAPS and neighbourhood watch groups will lead to regular engagement and positive partnerships that will proactively unite us in the fight against crime.
“Yellowwood Park residents have experienced several incidents of crime in recent times from housebreaking to theft and trespassing.
“We want to show our care, concern and commitment.”
“We take pride in supporting communities and put our huge pool of resources and extensive experience to work to assist them.”
He said, “Partnership is key to overall success.”
“We hope the deployment of an additional crime-fighting resource and response officer into the footprint will strengthen networks and relationships within the community which is vital.
“We want to encourage residents to join the local neighbourhood watch group. There is strength in numbers. Sign up to support us as we work to make the neighbourhood a safer place to work and live.
“We look forward to a long partnership with the residents of Yellowwood Park as we work together to ramp up the fight against crime in the neighbourhood.”

Contact us and connect with our dedicated Yellowwood Park consultant to discuss your specific needs and our current promotions.
Email: marketing@bluesecurity.co.za, WhatsApp: +27 72 550 8819 or call 031 717 5000.