Blue Security armed-response officers initially reacted to a callout after multiple activations were received at a Kloof property in the early hours of Tuesday morning. “On arrival, the officer observed two suspects on the property who escaped by jumping over the fence. The trespassers had been seen earlier driving a white Toyota Quantum,” said Blue Security community and media liaison officer, Andreas Mathios.

An observant CCPU patrolling on the M13 later spotted the same vehicle parked opposite a supermarket. “Receiving backup from fellow CCPU officers the suspects were successfully apprehended whilst they were trying to race to their getaway vehicle,” Mathios said.

The suspects were handed over to Pinetown SAPS for further processing. Investigations are continuing into the initial case of trespassing.

Meanwhile in a separate incident near Gillitts one housebreaking suspect was apprehended in a successful collaboration between Blue Security, community members and the Neighbourhood Watch.

Blue Security armed-response units had been despatched to a situation in progress after housebreaking suspects were seen fence hopping in the vicinity of the Gillitts Railway Station. “The suspects had gained access to a property by forcing open the burglar guards and entering the home. Various items of value, including a TV and microwave, were taken,” Mathios said.

Members of the community, who assisted in trying to locate the suspect, found various holes had been cut in the fence for the suspects to use as access points and escape routes.

“An abandoned property near to where the housebreaking had occurred was also thoroughly searched whilst the other suspect was being sought by Blue Security’s CCPU,” Mathios said.

The suspect was caught and handed over to the SAPS.

He was also found to have a set of car keys in his possession. The keys had allegedly been stolen in a separate incident in the area. A second suspect is still at large. Investigations are continuing. 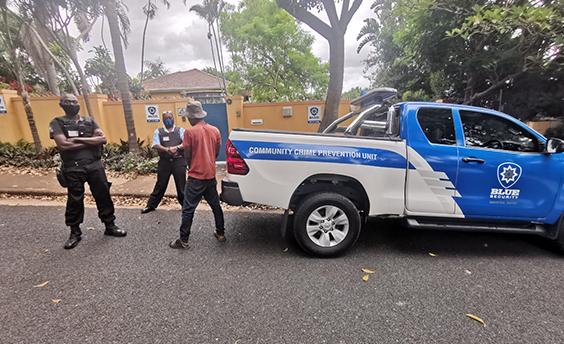 Blue Security’s Community Crime Prevention Unit  (CCPU) successfully apprehended a well-known housebreaking suspect in the Durban North area on Sunday afternoon. “Security service providers are familiar with this individual who has been terrorizing and being .... 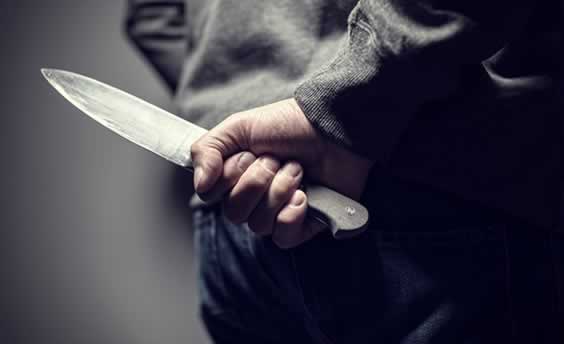 Two elderly women were victims of home invasions in two separate incidents in the Upper Highway area on Wednesday evening and the early hours of Thursday morning. In the first incident a Hillcrest resident had ....